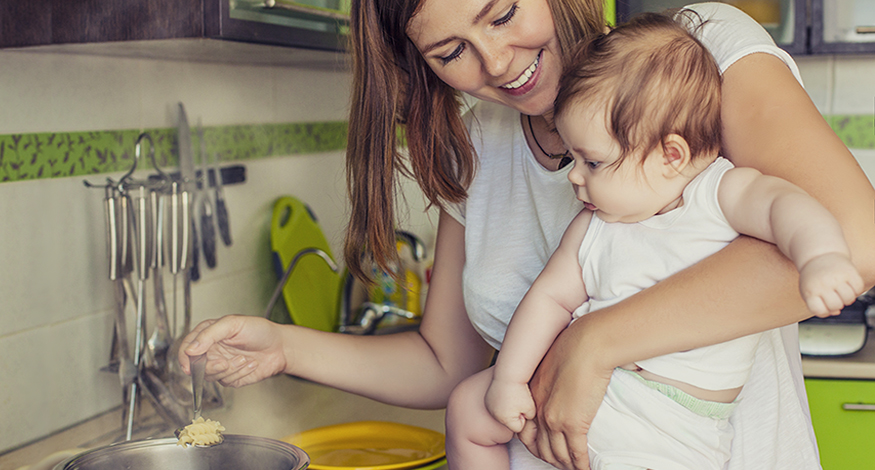 The elements in food preparation and cooking have an influence on food. Yang-producing elements include salt, pressure, fire, and time. Yin-producing elements include water, oil, and air. Sprinkle salt on cucumbers and watch the contraction of the cucumber as the water squeezes out. Pressure on cabbage causes the liquid to release. Cooking methods such as deep-frying, popping grains, pressure-cooking, grilling, baking, and broiling all use high or dry heat, and have a more yang influence, which results in food that is firm and dry.

Longer cooking times, like when making a slow-cooked stew, exert a more yang influence effect on food. Sautéing, boiling, and steaming use liquid, which softens food and creates a yin effect. Using oil in salad dressing or in cooking adds a yin influence and is more digestible when combined with salt. Raw food is usually more yin than cooked food, because it does not have the heat of fire. Cooking methods are not only yin or only yang because you may combine a yang element and a yin element, such as heat and oil for deep-frying.

The source of heat also has an effect on the energy in food. Direct fire, on a woodstove or campfire, is the method of cooking that offers the most yang influence. Gas stoves have a balanced and natural heat source for daily cooking, because the flame is similar to fire, and it is responsive to heat adjustment. Cooking with electricity gives less heat to food than cooking with actual fire. Using an electric stove or electrical appliances may have a tendency to dry food out, so you may need to add extra water while cooking.

Microwaves can cause “hot spots” that can cause burns. Cooking in plastic containers or packaging in a microwave can melt the plastic and release toxins into the food. There are also dangers of radiation leakage, so make sure your child is not near a microwave when it is in use, and see that the door hinges seal properly. The following are basic methods for cooking healthy and delicious foods for your baby or child.