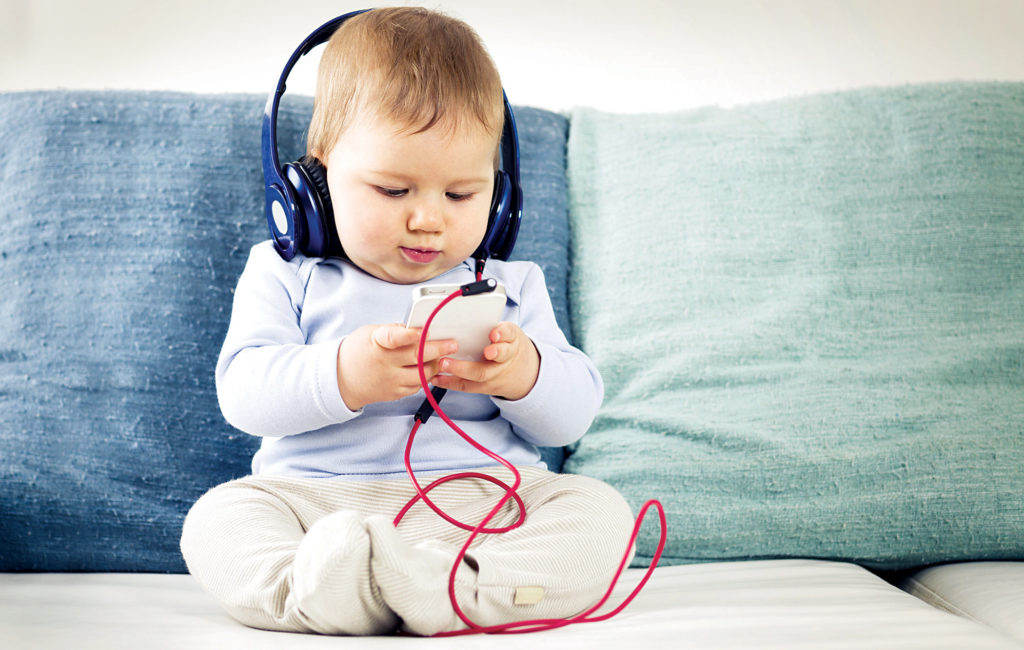 Many kinds of media compete for children’s attention today—television, movies, smartphones, tablets, computers, MP3 players, and video games. Multiple media presented at the same time can force your child to split her attention. This means her brain shifts its attention back and forth, even though it can focus on only one medium at a time. Children are sensitive to sensory stimulation and can become overwhelmed easily. Overstimulation can negatively impact their development.

Even if parents monitor and control electronic media and use only the most educational programs, apps, and games, any form of sitting in front of a screen is passive learning. Physical movement in response to sensory input best supports your child’s learning and healthy development. The moving images that children watch on television and other media are often drama-tized, violent, and reactive. They are unlikely to offer a calm presence as an image for your child to remember.

Language presented in electronic media often involves slang, negative messages, and sarcasm. As Patricia Kuhl concluded in her 2003 study, babies learn language optimally through interaction with live speakers, rather than from television or audio recordings. They learn to communicate by actively listening and participating in conversations in a reciprocal way.

When your child watches screens, her brain interprets what she sees as real occurrences. If she sees violence, her nervous system responds as if she is having the experience that she is watching. These responses distract her energy from learning, creativity, and imagination.

In her book Superbaby: 12 Ways to Give Your Child a Head Start In the First 3 Years, Jenn Berman, PhD provides evidence that watching television leads to poor sleep habits, poor eyesight, lower grades in school, a decrease in creativity, and an increase in aggression and violence. The American Academy of Pediatrics recommends that children under the age of two years watch no television at all. As children get older and become more skilled with language and attention span, educational videos without commercials can be instructional, especially if you and your child watch them together and discuss what you see and learn.

Time spent in imaginative play, interacting with family members and friends, drawing, dancing, singing, and exploring on her own does more to stimulate your child’s brain and to foster her cognitive development than television, videos, or computer games.

To give your baby’s brain a rich environment in which it can grow and develop to its full potential, consider the following: