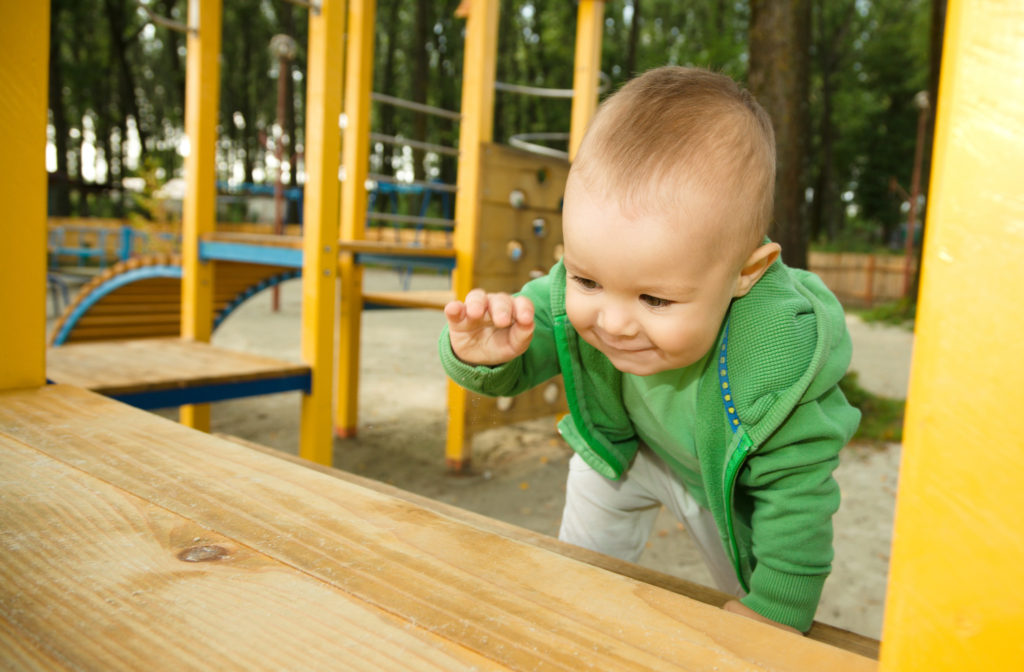 As your baby explores and gains control over her body and uses her senses, you can support her achievements by understanding the developmental stage she is in and preparing for the stage she will reach next. For instance, when she sits up at six to eight months, you can be confident that she is progressing typically. Begin taking a second look at your home environment to make sure it is safe and conducive to her next move of pulling herself up to standing.

*These guidelines for physical development are just that: guidelines. Because development often builds on the completion of previous stages, earlier and faster development is not necessarily better. Each child moves at her own pace; no two children have the same physical growth patterns. However, as a parent, knowledge about the typical timing and sequence of physical development empowers you to assess whether your child is within a healthy range and to seek professional advice if you see that she is not.