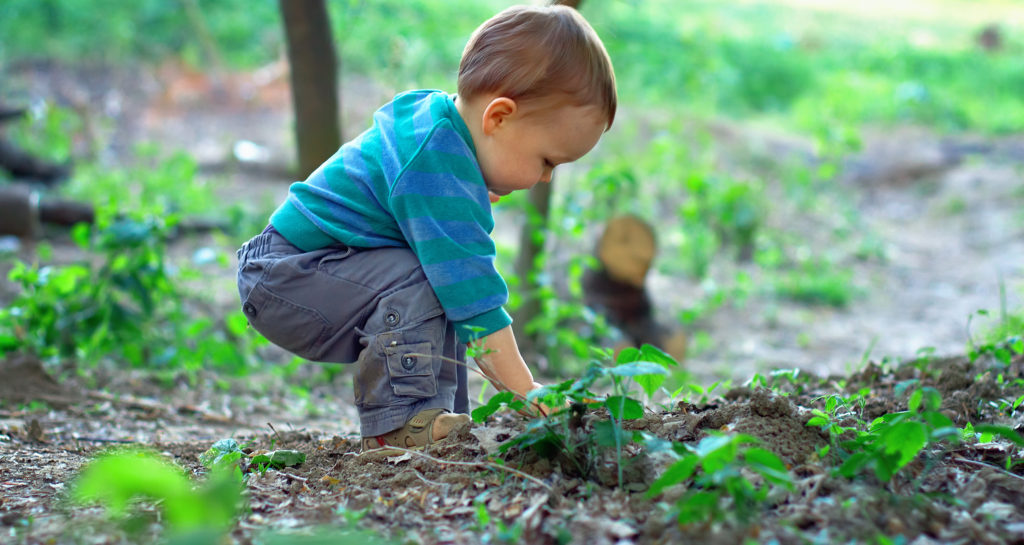 Although a healthy child is naturally resilient and resistant to external factors that can cause imbalance, it is useful to consider the scientific perspective of the “germ theory.” According to this view, the majority of challenges to your baby’s health come in the form of pathogens—biological agents of disease. The majority of pathogens are called microbes. The term microbe is short for microorganism, meaning “little organism.” Millions of these living beings can fit through the eye of a needle. Microbes are the oldest forms of life on the planet.

Microbes are everywhere in the environment. There are microbes in your baby’s drinking water and throughout her body, especially in her large intestine, on the surface of her skin, and in her mouth and nose. Microbes create oxygen, make soil fertile, ferment foods, help your baby digest food, and keep your baby well—but they can also make her sick.

Of the 50,000 classified species of bacteria, fewer than 100 are linked to disease. Of the 100,000 identified types of fungi, yeasts, and molds, only around 100 affect humans negatively.

Fabric merchant Antonie van Leeuwenhoek first described microbes in 1675, after he examined water through a microscope that he built himself. However, it was not until the mid-19th-century work of French chemist, Louis Pasteur, building on the work of others, that people came to accept microbes as agents of fermentation, food spoilage, and eventually disease. Before Pasteur, scientists thought that illness was caused by either contagion or miasma—also known as bad air. The four types of disease-producing microbes are bacteria, viruses, fungi, and protozoa (in the form of parasites).

Bacteria are tiny, single-cell organisms. They eat, grow, and reproduce on their own. Some survive alone, while others link up in chains or clusters. Some bacteria are beneficial and necessary for your baby’s body to function and to remain healthy. Others are used to create medicines and vaccines against disease. Yet other bacteria cause illness. Antibiotics and antibacterial soaps and cleaners kill all bacteria they come into contact with—good and bad. Overuse of these products can result in low levels of good bacteria in your baby’s body. Over time, infectious bacteria can mutate into stronger bacteria that are untreatable by current antibiotics.

Viruses are much smaller than bacteria. They must have a host in order to reproduce. Once they move into your baby’s body, they can spread rapidly. Viruses are responsible for relatively common illnesses, such as colds and the flu. They are also responsible for serious diseases such as smallpox and HIV/AIDS. Antibiotics are useless against viral infections, and antiviral agents have proven effective in treating only a few select viral infections.

Fungi are multicelled organisms. They are plantlike, but they are not plants. Fungi get their nutrition from plants, food, and animals in damp, warm environments. Only a few of the many thousands of species of fungi cause problems for humans. For the most part, fungi-related conditions—athlete’s
foot, ringworm, yeast infections, and diaper rash—are not serious threats, although they can cause complications in babies and adults with a suppressed immune system.

Parasites live on or in other organisms and take everything they need for survival from their host. Parasite types include protozoa (which cause giardia, malaria, and sleeping sickness), tapeworms (cestodes), roundworms (nematodes), flukes (trematodes), and skin parasites (scabies, bed bugs, and human botflies). Humans usually get parasites by drinking contaminated water, eating undercooked or contaminated food, or getting an insect bite. Antiparasitic agents can rid the body of most parasites.

When any of these destructive microbes or other pathogens enter your baby’s body and begin to multiply, her immune system is called into action to protect her.