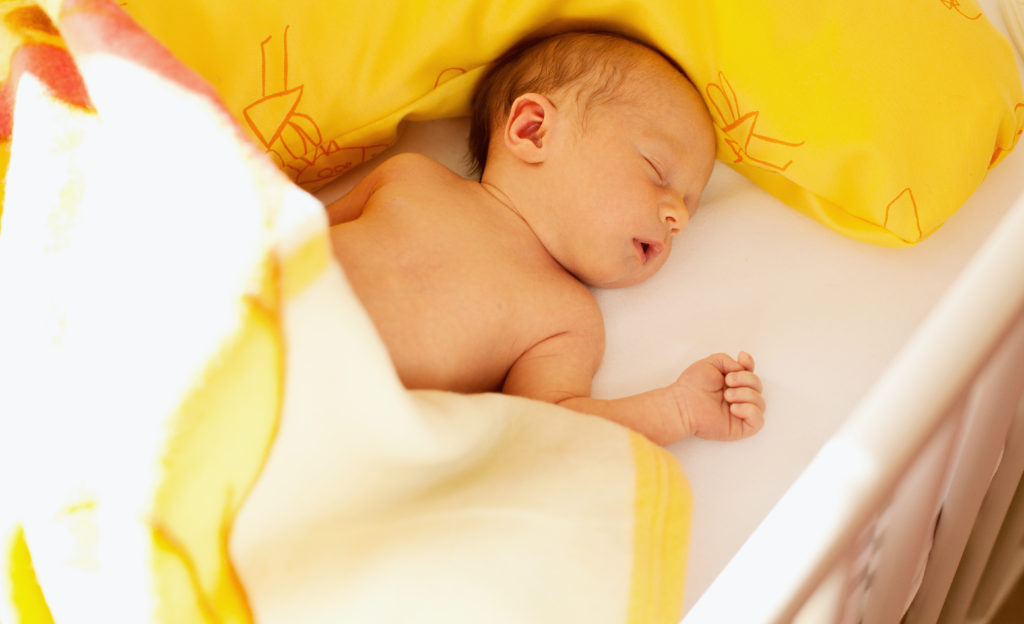 (exhalation) with every breath.

Your baby’s nose, mouth, pharynx, larynx (voice box), trachea (windpipe), bronchi, lungs, and diaphragm coordinate to accomplish respiration. Air enters through her nose and passes through her larynx and trachea to her chest cavity. Here, the trachea splits into two smaller tubes called the bronchi. These tubes lead directly into her lungs, where they divide into many smaller tubes called bronchioles, which are about the thickness of a hair. At the ends of the tubes are hundreds of millions of tiny, spongy sacs called alveoli. Capillaries (blood vessels that enable the transfer of nutrients and waste between blood and tissue) surround the alveoli.

When your baby inhales, her diaphragm—a large muscle beneath the lungs—flattens out, allowing her lungs to fill with air. Once the air is in her lungs, it travels through her bronchi and bronchioles to her alveoli. Her alveoli then transfer oxygen to her red blood cells inside her capillaries. The now-oxygen-rich blood cells travel to her heart, which then disperses her blood in order to oxygenate tissues throughout her body. When oxygen has been delivered and blood is filled with carbon dioxide, the blood travels back to her heart, which then pumps it to her lungs. There, the capillaries deliver carbon dioxide to her alveoli (which actually happens at the same time the alveoli transfer oxygen to the capillaries). Then the entire process happens in reverse, with the diaphragm pushing on the lungs, resulting in the exhalation of carbon dioxide.

Before your baby was born, the placenta did the job of exchanging oxygen and carbon dioxide for her body. She did not use her lungs in utero. In fact, when babies are born, their lungs are still filled with fluid and the alveoli are collapsed, making those first breaths difficult. Immediately after birth, however, your baby begins to breathe regularly, and this starts the use of her respiratory system.

As with her digestive system, your baby’s respiration system is developing during her first year, so it is sensitive and can be prone to illness. Even though her body is capable of purifying the air she inhales, the cleaner her external environment, the better for her respiratory process. Dairy products, refined sugar, and fruit juices can be mucus forming and can cause stagnation in your baby’s lungs.