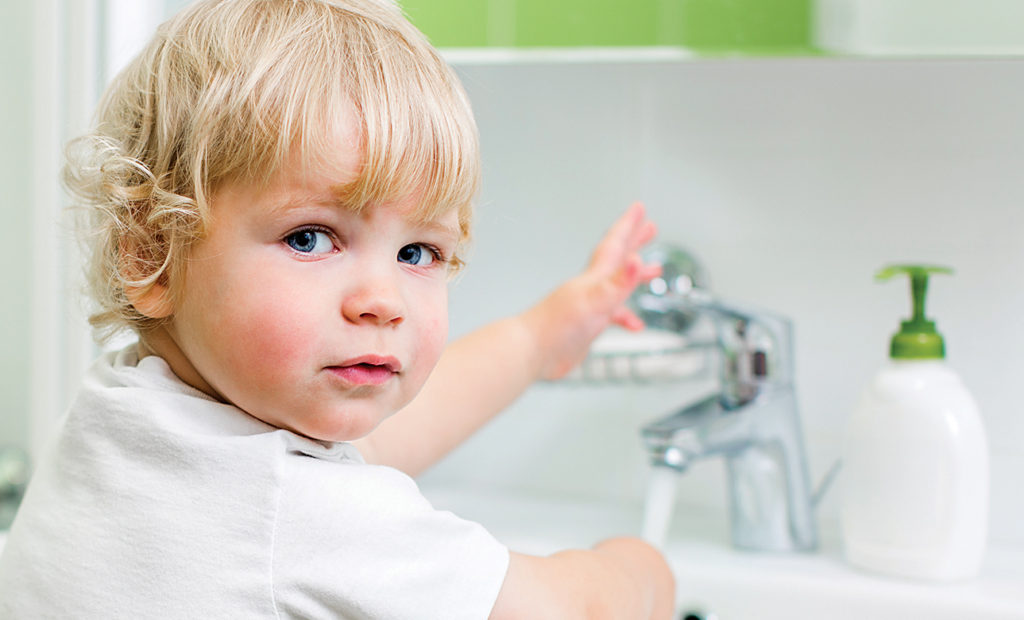 Your baby was born with innate immunity and barriers to infection. Before and during birth she received antibodies to defend against disease, and if she is breast-fed, she will continue receiving antibodies through breast milk. When she reaches two to three months of age, her body will begin to produce its own antibodies, and at six months, she can produce antibodies that are substantial enough to be effective. Therefore, experts recommend breast-feeding for at least six months, until her immune system has a supply of antibodies, to prevent illness.

Your baby’s immune system is her own defense department against illness. Various divisions handle specific tasks. With its coordinated cells, tissues, and organs, her immune system fights invading pathogens, filters toxins, quells infections, and builds defenses against new pathogens. Her skin, tonsils, tears, mucus, saliva, stomach acid, and urine are her primary defenses against illness. Acting as barriers and flushers, and carrying antimicrobial substances, these defenses control the majority of pathogens before they make your baby sick. Additional protection comes from beneficial bacteria and fungi that live on her skin and in her intestines. These microbes eat pathogens and thus eliminate threats to your baby’s health.

When a pathogen survives the first lines of defense, your baby’s immune system brings out white blood cells. White blood cells come in different types, each of which combats disease in its own way—killing pathogens, warning healthy cells of danger, or searching for and cleaning damaged cells. When your baby has a fever or an inflammation in response to a bug bite, or when the skin around an abrasion begins to heal, her white blood cells are in action. They are part of her innate immunity.

To find and reach pathogens and antigens (toxins) in her body, your baby’s white blood cells depend on her lymphatic system for transportation. Her lymphatic system carries lymph—a clear liquid that begins as plasma and contains white blood cells—throughout her body. Along the lymphatic pathway are the spleen, the thymus gland, and the lymph nodes, which all work to cleanse your baby’s body and to support her immune functions.

The spleen filters blood by removing old red blood cells and pathogens. It also stores reserves of oxygen-rich blood in case the body experiences blood loss. The thymus gland stores immature white blood cells and, when needed, trains them to become T cells—a type of blood cell that protects the body from infection. After producing T cells from prebirth to preadolescence, the thymus gland atrophies. The lymph nodes, which include the tonsils and the adenoids, monitor blood, filter toxins and waste from lymph, and store and create various types of white blood cells. Your baby has 600 to 700 lymph nodes.

Your baby’s immune system fights harmful microbes when they attack. Her body also can build immunity—thus avoiding the need for a future fight—as it overcomes a particular sickness.